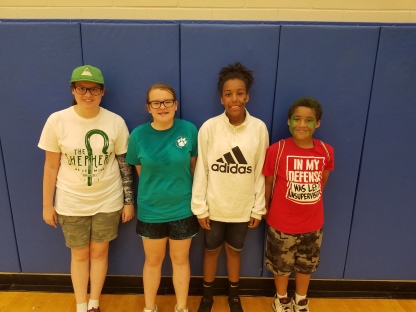 I knew Fuad in 1992.  He slept rough.  That’s how the British describe someone who sleeps outside on the street or under a bridge.  He was an immigrant from Bangladesh.  He had long hair and a long beard and wore multiple layers of filthy clothing even in the summer.  Fuad always smelled.  Fuad hardly talked to anyone at St Botolph’s.  In all the time that I knew him, we only had two or three brief conversations.  He occasionally came in for a meal; on rare occasion for a shower.  But the oddest, most frightening thing about Fuad was that he smoked plastic bags.  Large, black, plastic bags.  He would “nick”, (British word for steal) he would nick them from the kitchen in the basement of the church.  He’d take one or two at a time.  Nobody tried to stop him because he usually had a look in his eyes like he might kill you if you did.  He’d take the plastic bag outside and roll it up into a cigar.  Then he’d light it and smoke it.

I’m not sure how long he had been doing this when I met him.  However, after a few months, the church received a large check, payable to Fuad, from Social Security.  (Well over 2000 pounds!)  It was Fuad’s “benefit”, that is; his back payment from the dole, or rather, welfare.  The Senior Pastor called me in when the check arrived and told me that Fuad’s ship had come in, and, (further) told me to go out and buy Fuad some cigars.  “Havanas”, to be precise.  Our belief was that he would change, that now that he had money, he would switch from plastic bags to something somewhat less toxic.

That same night Fuad came in for a meal.  I told him about the check, and further, that I had bought him a box of cigars.  He asked me why I did that.  I told him that now that he had money, he could stop smoking plastic bags and start smoking cigars.  He looked me in the eye, a long, hard look, and simply said that he’d stick to plastic bags.  And he did.  Fuad could not change.  About six months later, he died from the plastic bags, with more than 2000 pounds in the bank, less the amount I spent on the cigars.  He died, because he could not change.  (Twenty-six years later, I suspect that box of cigars is still somewhere in that church.  Still unopened.)

Fuad was not a Christian.  He didn’t like to hear about Jesus.  Jesus calls us all to change.  To change as individuals.  To change as a church.  To stop doing what we should not be doing.  To start doing what we should.  To rely on Him to help us; to show us the way.  His way!  He’ll even tell us what needs to be changed.  But we need to take Brother James’ advice when it comes to change.  To be hearers AND doers.  Fuad heard but didn’t do.  It killed him.

Do you have a meeting happening at the church? Don’t forget to let the church office know! We like to keep the main calendar as up-to-date as possible, and we like to know what events are coming up so we can make announcements in the bulletin and/or the newsletter. Thank you for keeping the office informed.

School is starting up soon and so will after-school Bible Study – September 10th to be exact.  This year we will be offering 5 classes –

“God Has Big Plans for You, Esther”

“How to Study Your Bible for Kids”

The James class on Monday is for 1st-3rd graders, the Esther class is for girls in grades 4th-8th, the How to Study the Bible is for boys in 4th-8th grades and the Tuesday classes are for 4th-8th graders.

These studies start at 3pm with snack time.  At 3:30pm the classes begin and at 5pm the classes finish up and the parents pick up the kids.

We have a great lineup of teachers who will be attending Leadership training on August 10th 6:30-8:30pm, August 11th 8:30am-2:30pm, August 17th 6:30-8:30pm, and August 18th 8:30am-2:30pm with Nancy Jankoski leading us in the Inductive Bible study called “Rising to the Call of Leadership” by Kay Arthur and David & BJ Lawson.  We still need lots of helpers, though.  If this sounds like a ministry where you’d to help, just let April Seery know.

Registration for After-School Bible Study will take place August 21st from 6:30pm to 7:30pm in Fellowship Hall.  Parents who want to sign up their kids for any of these classes must attend this meeting.

WINSHAPE WAS A HUGE SUCCESS!

Thank you to everyone who supported WinShape Camp last month, either through time volunteered, financial assistance, or especially with prayer. Over 485 children participated in camp this year! This year’s theme was “The Shepherd” and the main Bible verse was Psalm 23:1, “The Lord is my shepherd; I shall not be in want.”  We are so pleased that WinShape was able to return to Enterprise, to continue having an impact on the youth of our city. We look forward to them coming back next year!

The Wednesday morning Bible Study is open to all members of the church. Everyone is welcome to join us at 8:00am in the Fellowship Hall as we study God’s Word. Bring your Bible, and feel free to bring your breakfast with you. This mid-week lesson is the perfect way to start off your morning.

Information for the September Green Hill Good Newsletter needs to be submitted to the church office by Monday, August 20. You can contact the office by email or by phone, or you can drop your news off in the basket on the door. Many thanks to those who contribute!

Thank you to everyone who helped out with this year’s Vacation Bible School.  We had an amazing time learning about the Gospel through the songs of the Go Fish Guys.  This year we changed things up a bit and invited the older children, our teens, to serve in leadership roles.  It was such a joy to see our young Christian leaders work on the skills they will need to do God’s work in the future.

It sure seems like we had a short summer!  The public schools in Enterprise will start back up for the new school year on August 6.  Our children are already getting their class schedules and lockers.  Please pray for our children, their parents, and their teachers.