Have you been following the Footsteps of Jesus? Since Epiphany, each 2020 Sunday bulletin cover has had a picture of a location in the Holy Land that tied into that day’s Gospel reading. The pictures show the probable locations of the baptism of Jesus, his days of ministry to the people, and more. These photos will continue through to Trinity Sunday as we explore the life of Jesus and its meaning for us today.

To view a description of a location, click on the photo below. 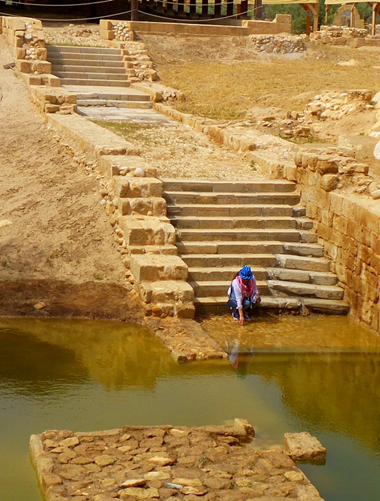 Al-Maghtas, meaning “baptism” or “immersion” in Arabic, is an archaeological World Heritage site in Jordan on the east bank of the Jordan River, officially known as the Baptism Site “Bethany Beyond the Jordan.” It is considered to be the original location of the Baptism of Jesus and the ministry of John the Baptist. 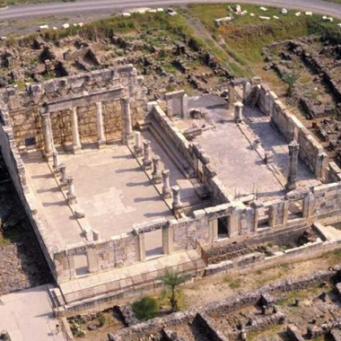 Jesus was born in Bethlehem, brought up in Nazareth, and preached in Jerusalem, but during his significant Galilean Ministry years he stayed in Capernaum. This is where he performed many of his miracles. Capernaum became his home and the Bible calls it Jesus’ “own city” (Matthew 9:1). This is where he met James, John, Peter, Andrew, and Matthew, five of his future disciples. The picture on the cover of the bulletin is a photograph of the ruins of the synagogue in Capernaum, where Jesus is known to have taught (John 6:59). 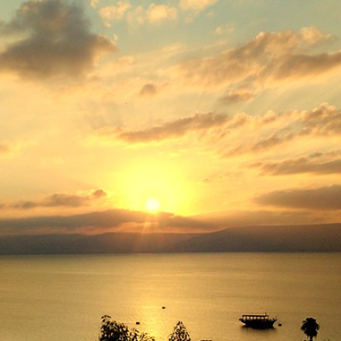 The Sea of Galilee, also known as Lake Tiberias, is a freshwater lake in Israel. It is the lowest freshwater lake on Earth. The lake is fed partly by underground springs, but its main source is the Jordan River. Many of the miracles performed by Jesus occurred in and around the Sea of Galilee, such as walking on water and the miraculous catch of fish. It is also where Jesus called to Simon Peter and Andrew with the words, “Follow me, and I will make you fishers of men.” (Matthew 4:19)

Sea of Galilee, seen from Church of The Beatitudes

The actual location of the Transfiguration of Jesus is unknown, but one likely candidate is Mount Hermon, on the Syria-Lebanon border. Mount Hermon is a short distance from the city of Caesarea Philippi, where Jesus and his disciples were known to be shortly before the Transfiguration. Mount Hermon is the highest mountain in the area and it is covered with a permanent white snowfield. This melting snow provides water to the area during the dry months, and it also feeds the Jordan River.

The hill in the Judean Desert where Jesus was tempted by the devil is referred to as the Mount of Temptation. While it is impossible to know the exact location of the mountain, Mount Quarantania is a likely candidate. This mountain, which is on the road from Jerusalem, towers over the city of Jericho. The name Quarantania is based on the Latin word Quarentena, which means forty, the number of days in Christ’s fast. 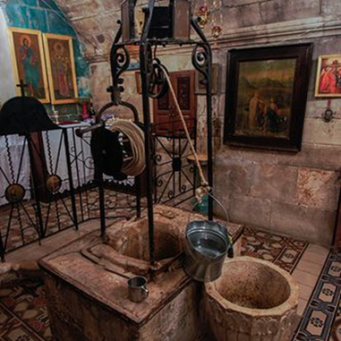 Jacob’s Well, also commonly known as Jacob’s Fountain and the Well of Sychar, is a deep well hewn out of solid rock. This is believed to be the location where Jesus met the Samaritan woman. Over the years a number of churches have been built near and over the well itself. Today the well is contained within a Greek Orthodox Church named The Holy Church of Jacob’s Well. 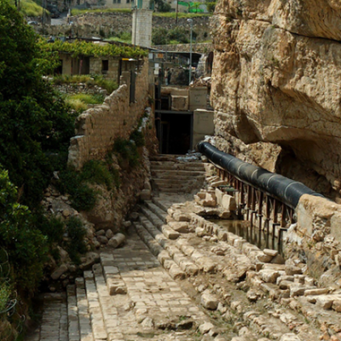 According to the Gospel of John, it was at the Siloam Pool where Jesus healed the blind man. In 2004, during construction work to repair a large water pipe just south of Jerusalem’s Temple Mount, the remains of pool were discovered. The cover photo shows the steps that led down to the pool. The bottom of the pool was located off to the left, under what is now a garden.

The town of Bethany played a major role in the ministry of Jesus and is famous as the place where Jesus raised Lazarus from the dead. Over the years several grand churches were erected over what is believed to be the tomb of Lazarus. By the 14th century the churches were in ruins and the original entrance to the tomb had been turned into a mosque. In the 16th century the Franciscans cut through the soft rock to create the present entrance.

The Old City of Jerusalem is surrounded by a large wall which has eight major gates. The Eastern Gate, known by Christians as the Golden Gate, is the only gate that faces the Mount of Olives. This is believed to be the gate Jesus passed through on what has come to be known as Palm Sunday. This gate gave the most direct access to what would have been the area of the Jewish temple. The exterior of the gate has been walled up since medieval times. 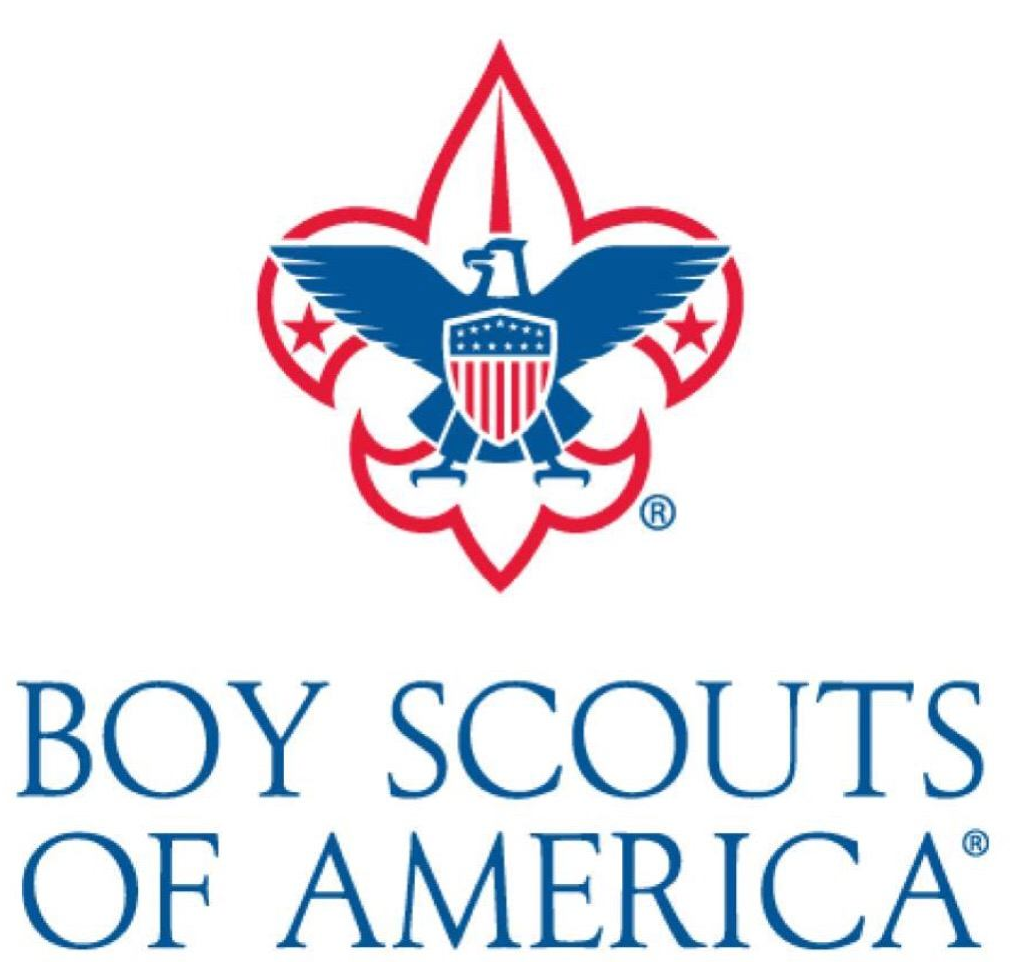